I loooooove Hallowe'en... it's my favorite holiday, really, even though that is based more on childhood memories than actual current celebrations. My fondest memories of childhood always include Hallowe'en: roaming the streets in a pack of kids (after dark!), getting to dress up as a fairy princess in public, pillowcases filled near to the top with way too much candy to ever finish... Kids don't get to do all this much anymore- it seems that the majority end up at parties, school functions, etc., which I'm sure is fun too... but it couldn't possibly be as fun. Or maybe I'm just suffering from nostalgia overload.
-
Believe it or not, I didn't finish all the decorating I wanted. Hallowe'en Tree.
Yes, I have a tree for pretty much every holiday.
- Candy Bucket.
I made this last year to hang on our door after we went out.
- I'd decorate the whole house if I could, but my laziness always wins out in the end.
- Close-up of the wreath.
I made it with a cheap grapevine wreath, a black feather boa and a fake crow from the craft store. I like white pumpkins... they're like the ghosts of orange pumpkins, and therefore scarier. Right?
-
I will hopefully have pics of my costume after Friday... not of Chris's though, as he is a big party pooper and never dresses up.
Posted by nillakitty at 10:44 AM 1 comment: Links to this post

My Top 5 Pets...
as in, the top 5 that I don't have, but want desperately.
As in, I can't actually talk Chris into bringing these home...
-
(in no particular order)
-
Pygmy Hedgehog 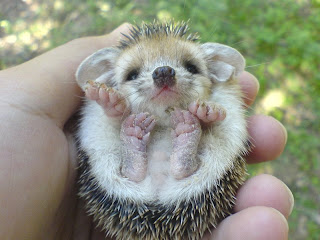 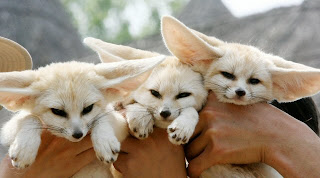 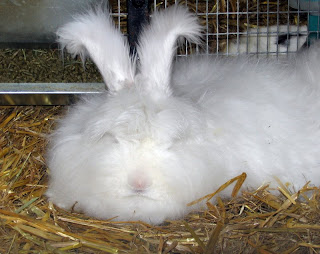 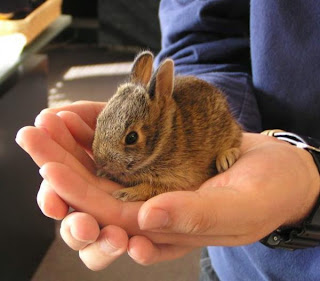 -
Sheep/Goats
(I put them together because they're pretty close, really...
except personality-wise... sheep pretty much hate people.
Mine will have to get over it. Because I will hug it. Daily.) 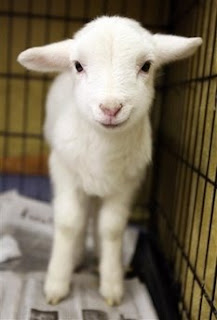 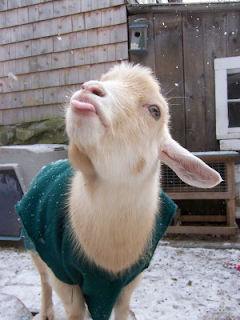 -
And I leave you with this: 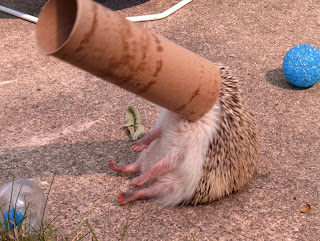 In case you haven't already died from cute.

(All pictures from Cute Overload)

Posted by nillakitty at 9:46 PM 5 comments: Links to this post

We won one part!
Last Friday, I won the Mac & Cheese cooking contest for Chris...
(Mine's in the pink casserole) 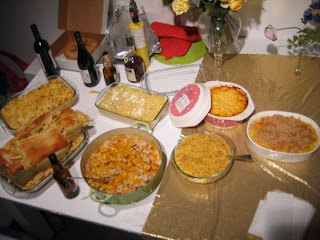 As you can see, there was some pretty stiff competition: 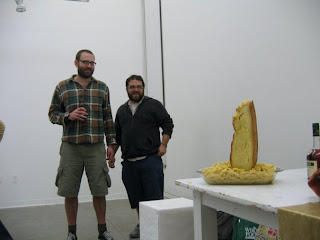 Not only is that a baked tower of mac, it was also set on fire. That's right. Fire. Every entry was fantastic, though. I pretty much could have eaten all night long. Altogether, I think there were nine entrys, including one plate of bacon. Just bacon. It took fourth place. 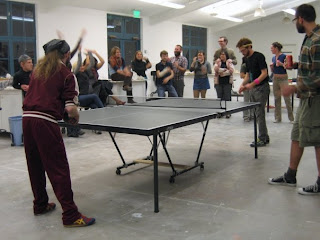 Unfortunately, neither Chris nor I were any match for Doug's prowess in both the Table Tennis and Pellet Shooting arenas... Congrats, Doug, on winning Master of Arts!

The lovely and amazing Gina took these pictures... thanks to her for that and the use of her oven for reheating the mac I carted from Sacramento. Speaking of, there were some recipe requests, so I've posted it below... The original recipe came from Kathryn (thanks Kathryn!), but I modified the hizzy out of it. Here's my version:

Preheat your oven to 350°. Mix the cottage cheese, sour cream, eggs, nutmeg, salt & pepper in a large bowl until well blended. Mix in the grated cheese (reserving 1/2 to 1 cup for the topping), then the cooked pasta. Top with the remaining cheese. Bake for 45 minutes to 1 hour - until top is nicely browned. Eat, eat, eat.

That's it! You don't even have to make a roux! Yaaaaaay!

Our good friends Beth & Jim are due in 4 weeks!
Beth's shower was yesterday and these were part of her present: I winged it for the matching hat pattern. Beth choose the patterns from a stack I gave her, and the colors, for the most part... the Mossy Jacket was supposed to be green & orange, but the orange just wasn't working with the green I had started with. The bunny buttons are all me- I hope they don't mind! They're very minimalist in style and are going pretty unisex for baby stuff... an idea I love, but unfortunately bunnies + pink = irresistable for me.
Posted by nillakitty at 2:52 PM 3 comments: Links to this post

I commissioned this painting: by Doug & Kathryn's lovely daughter Hailee.
I loooooove foxes, and the painting!
We traded for a custom Totoro hat… she wanted one like this one, but the knitter had unfortunately not taken any notes or anything, so I had to try to figure it out.
I think it turned out pretty well… These pics of Hailee (& Trixie!) were taken by Doug.
This the most complicated colorwork I’ve done,
mostly because I’m not usually a fan.
But I am a fan of Totoro! And Hailee! So there you go...
Posted by nillakitty at 7:39 PM 4 comments: Links to this post

It was meant to be. I knew she had to come to me someday... Or maybe K&D just read the title of this post...
Posted by nillakitty at 11:26 PM No comments: Links to this post